A downloadable game for Windows, macOS, and Linux

The theme was "Le vrai objectif est caché" ("The true objective is hidden" in english).
So I decided to make a game with a disappointing ending that you can find really easily, and a secret ending which is the true objective.
The goal was to travel in different worlds and save them by accident while trying to save yours but I didn't have time, so you can only travel in 2 other worlds and you don't really save them, you just save 3 characters.

You are Dog, and you want to play cards with Hero and Princess. You'll quickly realise that they disappearedand you try to save them.

(Full story at the bottom of the page, to avoid spoilers).

The game has no sounds, it's unfinished and unpolished.

You are Dog, and you want to play cards with Hero and Princess. You'll quickly realise that they disappeared. You go to their house, but they aren't there.

You go to the mountain house, the Mountain Dude tells you that Hero got kidnapped by a bad guy and Princess tried to save him. They are both inside the mountain.

You go to the mountain, the bad guy is a snake and he tells you that you can only save one. You press one of the buttons to save one, you die.

In the newspaper message at the end of the game you learn that an interdimensionnal breach has been discovered, and they talk about it a bit more in the newspapers.

You read the 3 newspapers (by pressing "E" near the wardrobes at Dog, Hero and Princess's house) and you learn more about the breach.

After reading the 3 newspaper, you can go to the stairs inside the house on the upper left side of the map.

There is nothing to do here, except going to Patricia island to find a secret portal that just appeared.

Going inside the portal, you end up on an island with some pirate ships.
The story (not really told in the game) is that the first scientist who has gone inside the breach got stuck here and became a pirate to survive. And he's fighting against some other pirates and you're helping him by collecting some random stuff to fight.

Collect all of the stuff to fight.

I improvised most of the story the last day of the game jam. 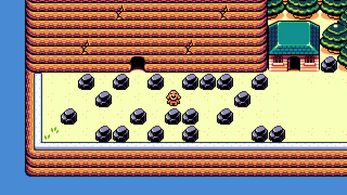 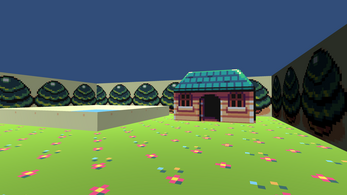 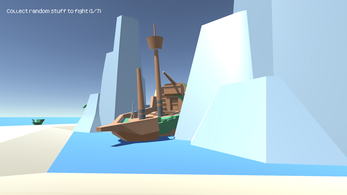 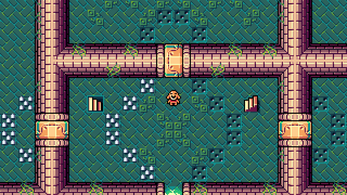 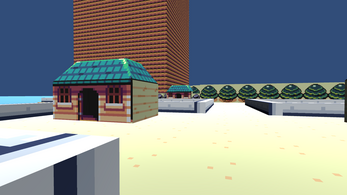 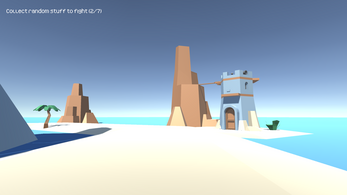